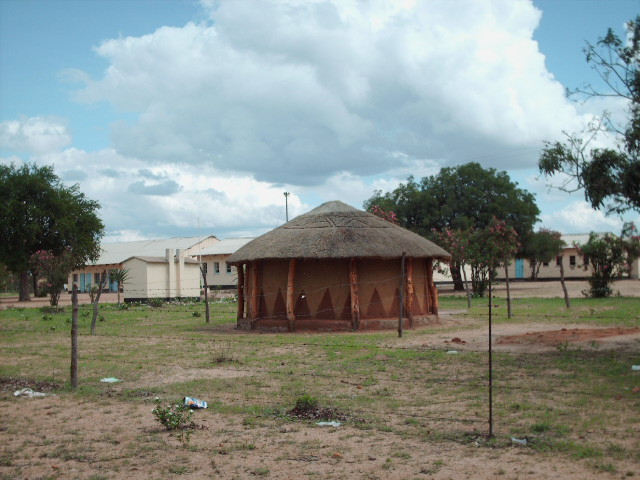 In a bid to revive Kalanga religion culture and customs, village elders working in collaboration with teachers and District Administrator’s office have set up traditional Kalanga huts at each and every school in Mangwe.

At Khalanyoni area, these revered huts are found at Khalanyoni High School and Mayobodo Primary School.

The traditional shelters, pupils at the high school said were built using mud and grass-thatched by elderly women. Inside the hut, drums, traditional basins known as izingcebethu, in Ndebele, pounding sticks and others are kept.

During the official opening of the high school hut in November last year, villagers said the elderly were let in to play the drums while the children had to follow proceedings at a distance.

Officials from the Ministry of Education, Sports, Arts and Culture as well as those from the District Administrator’s office based at Plumtree town attended the unveiling ceremony.

Pupils at the school are not only disallowed to play close to the building but are also forbidden to sweep inside. An elderly teacher, a Ms P Ncube is reportedly the one who does the cleaning of the hut.

Kalanga is now taught at a number of schools in the district including the Mayobodo while the national anthem is also sung in one of Zimbabwe’s minority languages.

The language is yet to be written at grade 7 unlike Tonga which was last year written during annual public examinations in Binga.