PART I
Reclaiming A Stolen Identity 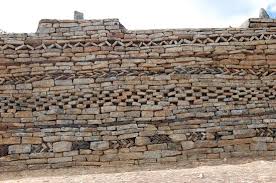 In this series of short articles, the author seeks to share the mystery of great treasures of heritage and exceptional achievement of a highly resilient people which have been hidden for close to two centuries. This first article tackles the highly contentious and potentially explosive subject of identity. The author does not seek to place blame but to contextualise the unfolding truth about the history and future of Bukalanga.

The histories of Zimbabwe, South Africa and Botswana have been narrated with a missing link that historians have not collectively even openly acknowledged. Some incorrect theories have been advanced with the deliberate objective of skirting around the logical need to merely detail history as it unfolded. It is abundantly clear that where the role of BaKalanga in the history of the region is concerned, the truth has been politically inconvenient all along.
Our rich language includes a poignant, yet wise, saying and proverb which goes thus; “Nyama whombeledzwa yakapatula hali’, which translates to ‘Forcing a chunk of meat into a tiny pot will cause it to crack and fall apart. This very apt in this no holds barred discussion.

The author fully acknowledges that this article may lead to difficult conversations. The outcome of such discussions should, nonetheless, become highly functional as a significant step in nation building. It is with this noble intention in mind, not apology, that the issues that have been hitherto considered too sensitive for the public doorman are presented here for discussion and open debate.

Today, there is no need for scientific research or protracted academic debate to prove that BaKalanga are a distinct people with an identity that is markedly different from other tribes in the region in which they are found. The history, language, culture, rituals and practices of BaKalanga may be remotely similar due to long term interaction but are different from those of so called larger tribes of Zimbabwe as well as the Tswana of Botswana. Yet, since the years of colonial domination the language has been conveniently grouped together as an illegitimate step child of one or more dormant groupings in these countries.
Like all other peoples of our time we were subjected to the vagaries and tragedies of the slave trade and later were later brutalised by colonialism.

To BaBakalanga, the primary pain of colonialism which denied us basic rights such as walking on pavements and riding buses into town was worsened by the secondary burden of imposed cultures which for all intents and purposes forced us to abandon our language in search of artificial legitimacy as laughable appendages of the Ndebele or Tswana.

The colonialists’ deliberate policy of dividing and ruling natives is well illustrated in the story of Kalanga people in Zimbabwe where the Rhodesian regime deliberately imposed Ndebele chiefs over Kalanga communities. These chiefs were then encouraged and supported to convert the local people to their own language and practices in order to establish unquestionable authority. This achieved the colonial objective of totally disempowering the Kalanga and alienating them from their imposed prefects who ruled with impunity and intolerance over amahole or lower class citizens. The colonialists had a long standing score to settle with baKalnaga for instigating resistance against their rule.

Under the strict rule of colonial chiefs, it became difficult to even name children in TjiKalanga, let alone speak our language without being demeaned as ‘madlangolila’. In Botswana it is taboo to this day to refer to BaKalanga as a distinct people. The government there continues to push a strong agenda of absorbing all tribes into a mainstreamed ‘national’ Identity. Arguably this begets bigotry on the part of the so called major groupings and leads to the very tribal undertones that the government purports to prevent. Is it not a basic principle of civilisation to allow people to be who they are?

It is tragic that the advent of independence in Zimbabwe was not accompanied by the required changes of allowing people in rural communities to be governed by their own indigenous chiefs. Chiefs that belonged and identified with them. This has led to growing resentment and a sentiment of silent resistance to a system that reinforced the suppression of one of the oldest languages and cultures in the country. While some areas have restored traditional leaders this has come at a huge emotional cost amid allegations of forces seen to be fermenting tribalism.
It is clear that the current generation of baKalanga refuses to have their story and heritage relegated to the dustbin of history. Current developments in the arts show an emerging class of citizens eager and proud to have the stories of their past told, celebrated and stored in the memories for our children and generations to come without fear or restraint. In our quest to retrieve their stolen identity BaKalanga are intent on uncovering truths that were hidden for so long. The nation correctly feels entitled to the factual and anecdotal stories about their kings and heroes.

Bakalanga occupied regions of South Africa, Zimbabwe, Botswana and Mozambique since the early 1000s making them one of the early settlers South of the Zambezi. Place names and relics of cultural artefacts bear testimony to strong footprint in this region. It is therefore a misnomer that BaKalanga could be expected to fit into the narrative of Ndebele conquest and share the exploits of Mzilikazi or live in the shadow of Tswana or even the Shona. We have our own heroes and villains. Like any other, our story includes remarkable exploits, defeats and continual reformation of our political, economic and social structures. Our kings fought against the Portuguese settlers and drove them to present day Mozambique. Our kings protected the land form invasion by Bangwato and fell in battle against the Swazi of Nyamazana.

The phenomenal capacity of our successive kingdoms to integrate foreigners, sojourners and those who sought refuge among us is now well documented and stands out as an exceptional skill for national building. Travellers and seekers of refuge were always welcome, hence one of the most popular clan praises is ‘babvumabalanda’ which indicates how we accepted newcomers without seeking to subjugate them. Dare we say that this perhaps was to be the Achilles heel of the great people.

Our heritage includes a rich narrative of envious achievements symbolised by our reputation as astute traders and notable architects who built empires around Mapungubwe, Great Zimbabwe, Khami Ntalatale, Dombonobe, Domboshaba and Luswingo which are now heritage sites for the region. It remains incomprehensible that historians have not tapped into the insurmountable piles of archival evidence on the origins of these empires and chosen to punt their doubt that an African nation could have achieved such superior infrastructure before the arrival of the colonists.
The participation of Bakalanga in the first resistance against colonialism has not been adequately acknowledged in text books which contain startling academic amnesia. The names of heroes against colonialists such as Njenjema Lubimbi the great priest at Njelele and Makwati Ncube who was called to Mwali’s messenger of war were not mentioned as the instigators of the revolution. instead Makwati was christened Mukwati to the fit the Shona narrative of the First Chimurenga.

The rise of Bukalanga does not have to be the decline of any other people because it is not about them. This is the unfolding story of a nation that has been ignored for too long. This movement is not in protest. It is instead about self-empowerment and efforts to retrieve a stolen identity which has been mistakenly discarded into the dustbin of history that has been unable to contain it. These proud citizens may no longer be embarrassed by speaking their language and affirming others.

Part II will tackle the economic heritage of BuKalanga.