The Kalanga Language and Cultural Development Association will, on the 17th of June 2016 launch 5 Kalanga books authored by various independent writers as a means of boosting Kalanga literature which is one thing that has hampered its effective teaching in schools and Institutions of Higher Learning.

The recognition of TjiKalanga as one of the official languages in the new constitution of the republic of Zimbabwe has exposed a literary gap that needs the effort of academics and writers to fill. Ntandoyenkosi Dumani, Belthazor Mlalazi, Nontobeko Sibanda and Nomathemba Ndlovu have risen up to that challenge and will on that day unveil the fruits of their work to the public.

Brief information about the books; 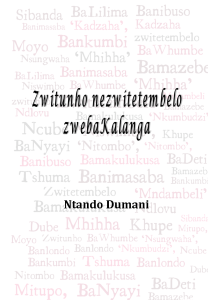 The book traces the totems and praise names in Kalanga surnames. It goes on to   touch on praise names for BuKalanga Kings and their Chiefs from King Tjibundule   up to King Nitjasike as well as praise names for ‘Mwali of Njelele’. This book has a  wealth of knowledge about Kalanga political, settlement and economic history  from a clan level, which is embedded in age old praise names and frozen over time. The 90 page book has a rendition of 26 praise names including commentary and analysis of the praise names. This is a culmination of 2 years of research reaching out to hundreds of Kalanga elders and other knowledgeable people. 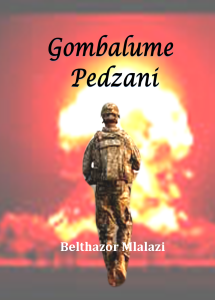 Belthazor Mlalazi is an experienced teacher having taught Literature in  English for decades. He has a passion for TjiKalanga and has written various  works most of which has not yet been published. Mlalazi is currently  studying towards an Honors Degree in Education (Secondary) majoring in  TjiKalanga at Great Zimbabwe University.

Gombalume Pedzani tells the story of colonialism and the liberation  struggle. While the story has been told by various authors, he endeavors to  tell it from a perspective of how it unfolded in BuKalanga, a perspective  which has not really been explored. The book unravels the pains borne by  the communities from the ire of colonialism and the sacrifices they made  during the liberation struggle. The book is written in rich language which displays the convergence of skill and experience. 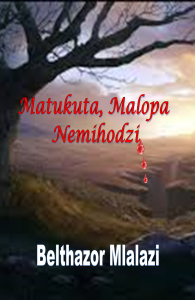 ‘Matukuta, Malopa neMihodzi’ is a continuous poem in the fashion of ‘The      Song of Lawino’. It traces the hardships that befell the nation at different times  of the history of Zimbabwe. The whites came into the land like a stalk borer  which ate into the nation and destroyed its sovereignty, destroying its heritage  taking them into servitude. This is where the first chapter of the book ‘Lukonye  Gutjena’ (The white stalk borer) derives its meaning.

There came a time where the blacks fought back, liberating the country from  the chains of colonialism after the shedding of blood and tears. The painful  narrative was the emergence of tribalism and ethnic tensions which almost  destroyed the nation. The chapter, ‘Malopa nemihodzi’ (Blood and tears)  endevaours to remind the nation that hard times have befallen us, some of  those wounds are yet to heal. It also reminds the leadership that tribalism and  ethnic intolerance is a poison in the nation.

The last chapter ‘Eke ntolo’ (The good old days) portrays the writer looking back, yearning for the life that he lived long back. He reminisces the good old days when our culture and traditions were not yet eroded. 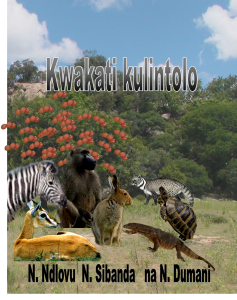 Nontobeko and Nomathema are emerging Kalanga writers who have  been involved in various Kalanga projects and are finding their way into  the literary arts. Nontobeko is also involved in the Bible Translation  project while Nomathemba is involved in the Secondary Schools  Textbook writing project..

Kwakati kulintolo is a collection of 16 folk tales written for all age  groups. The folktales contain moral lessons which mould a society as  well as wisdom embedded in the age old tales.

The Kalanga Basic Vocabulary contains the first words you need to learn in TjiKalanga. They have been chosen for their everyday usefulness. The book is useful for beginners in TjiKalanga and those who work amongst BaKalanga and need to master the spoken language in a short time. It gives the English word and its Kalanga equivalent.

This booklet is a useful tool for all those that wish to learn the language for various purposes.