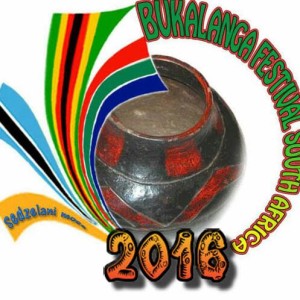 Every nation has what brings it together, we might be out of Bukalanga land, but being Kalanga will always be part of our being. The Kalanga community in South Africa will once again hold a second, of its annual cultural festival in Johannesburg.

Theme: “Our language, Our Culture, Our Pride”

The festival has grown from the first edition which attracted more than a thousand participants in 2015 and is set to attract a lot more this year. The event promotes and celebrates the Kalanga language and culture through a series of vibrant performances that include poetry, traditional music, dance and modern genres such as rhumba and gospel music.  Established and upcoming artists will line up to entertain the audience, with hundreds who attended the festival in 2015 eagerly waiting, as the clock ticks down.

A special feature at this year’s event is the highly anticipated Mr and Miss Bukalanga Beauty Pageant. This is expected to attract contestants from amongst young migrant workers and students based in Johannesburg. They will showcase a unique Kalanga, fashion, art and excellence including a presentation in Kalanga language. Various prizes and opportunities will be won, musi sale balume, nhanga ndeyenyu. Dobi, mahonja, tjimoni, hadza lezembwge, lemapfunde, Nhopi, Hanga (nhakula) and many more Kalanga dishes will be on sale at the venue. The previous event offered these foods, but demand exceeded the supply, not this time around, Bakalanga banowo wana zwodliwa. Banon’wa our home made brew will also be available.

Invited guests include high profile delegates from cultural organisations from South Africa, Botswana and Zimbabwe. The organisers have made efforts to invite a diverse range of guests including representatives from tribes and nations that relate to Bakalanga. To this end, BaVenda, Balobedu, VaShona, amaNdebele and amaZulu groups will be represented at this event.

Kalanga language, and culture form an integral part of the rich heritage that the Kalanga Language and Cultural Development Association (KLCDA), the organisers of the event, seek to promote through a variety of activities.

This year has seen an achievement of notable milestones in the promotion of Kalanga including the launch of a highly popular internet based radio station named Radio Bukalanga hosted in Johannesburg, Zimbabwe and the United Kingdom. Prominent features on radio are the hilarious entertainers, Shaz na Gogole, who dish endless humour and educative entertainment to the ever growing base of listeners.

The association recently launched five books for use in teaching primary and secondary school learners. Tahangana Secondary School in Mangwe District is credited with being a pioneer in teaching of TjiKalanga for Form Ones. KLCDA is looking forward to rope on board more schools in 2017, as the association tirelessly works to facilitate the implementation of government’s policy of teaching local languages at schools. However, issues such as funding for books printing are pushing KLCDA to work tirelessly around the clock, to live the dream.

Kalanga dance, such as wosana, woso, kwayara and mabhiza have found a place in hearts of many South Africans, as they have been performed at events held at international venues such as the FNB Stadium in Soweto.  The Kalanga drum reverberated across an estimated audience of over 80 000 people and the crowd was mesmerised as the performers received thunderous ovations.

Abroad, The Bukalanga gathering scheduled for later this year will be the first ever cultural event for the community overseas. It is billed to be a historic placeholder in the cultural calendar the Kalanga community based in the United Kingdom.

‘’This years’ events marks yet another milestone in the renaissance of TjiKalanga. Our nation is witnessing significant strides in the revival of our heritage as we set a solid foundation for our future as a proud BaKalanga people. We are set for bigger achievements as we grow from strength to strength’’