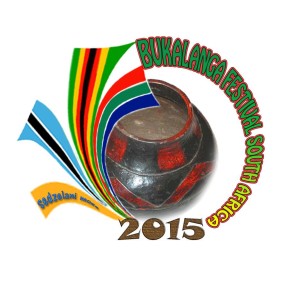 Kalanga Language and cultural Development Association (KLCDA) an organisation that exists for the promotion and development of TjiKalanga as a language and culture of BaKalanga as people will on October 24, 2015 hold an inaugural Kalanga Festival in Johannesburg, South Africa.

The first ever festival organised by the Johannesburg chapter of KLCDA, aimed at among other things showcasing Kalanga culture and fundraising for the development of the language which for the first time in history was examined at grade seven level by the Zimbabwe Schools Examination Council (ZIMSEC) this very month.

TjiKalanga also gained official language status in Zimbabwe after the enactment of the new constitution in 2013.

All roads lead to the Hill brow Theatre in Johannesburg this Saturday (October 24) the venue for the Bukalanga Festival-South Africa, to run under the theme: “Tolumbidza lulimi nemilenje yedu nemizano yebunyambi.” (“Celebrating our language and culture through arts”).

Former Zimbabwean Ambassador to Nigeria, Ambassador Mabed Ngulani, will be the guest of honour at the historic event whose preparations are already at an advanced stage.

The special occasion sponsored by Hwehhu Media, Clearview Driving School and T-shirt and Mug Printers will feature 13 artists including poets, traditional dancers, rhumba musicians and many others.

There will also be gospel musicians such as Ithemba Lensindiso, Mawhi ebasumikili and many others.

On sale will be traditional Kalanga foods such as ‘nhopi, hadza lezembwe, mahonja and many others.

Johannesburg is the ‘second home’ to thousands of BaKalanga from Bulilima, Mangwe, Matobo, Tsholotsho and other various areas.

A KLCDA delegation from Zimbabwe comprising the executive secretary, Ntando Dumani and finance and fundraising subcommittee chair Ambassador Mabed Ngulani, will be leaving for the neighbouring country not later than Friday this week for the big gathering of BaKalanga.

KLCDA would therefore like to take this opportunity to extend a special invitation to all BaKalanga resident in Johannesburg and other parts of South Africa and everyone who has interest in the development of our language to come and be part of the celebration.

Our Kalanga theme song “KuBuKalanga ndiko kanyi kwedu” will be sung even as we remember our true identity and proud history.

Just this month on October 3, we joined our counterparts in the neighbouring Botswana for the Annual Domboshaba Kalanga Cultural Festival which also seeks to promote TjiKalanga.

Meanwhile, KLCDA is working flat-out to publish Kalanga textbooks for secondary schools following the writing of grade seven exams this year. We are also working on a Kalanga dictionary and bible as we seek to document and preserve our God-given mother language.